The performance takes place in accordance with the Green Pass regulations: Entry is allowed only for those over the age of 12; and with proof of vaccination, orrecovery from covid, or with a negative covid test within the last 72 hours. 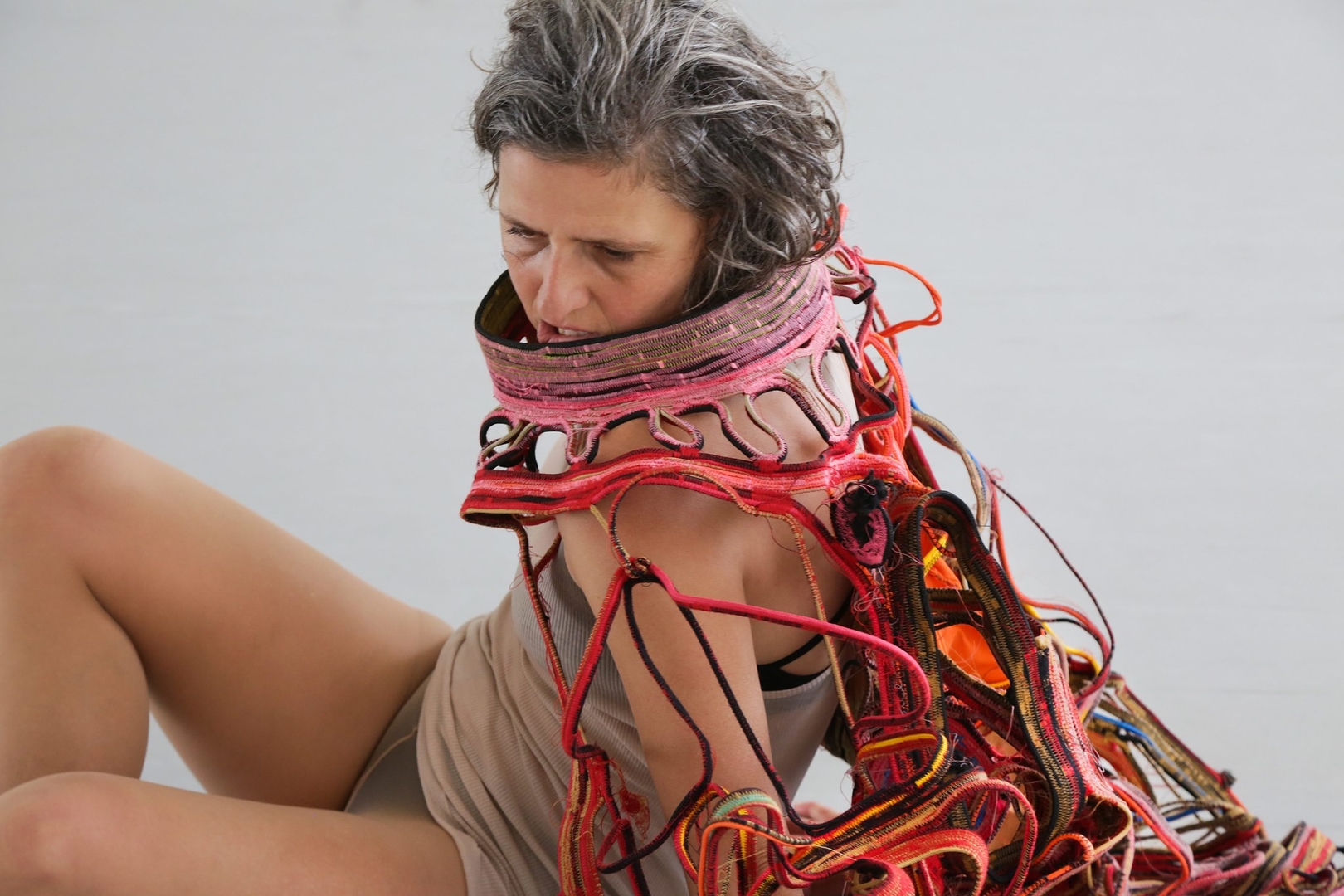 For the first time in her 25 year career, Yasmeen Godder creates and performs an evening-length solo.

Practicing Empathy #3 is the third creation in the “Practicing Empathy” series of Yasmeen Godder Company. It was planned for development in collaboration with various local and international communities, however, the disruption caused by Covid-19 became a catalyst for #3 to turn into a full-length solo for Godder. She uses the solo to examine the concept and sensation of empathy and how it relates to her own body and personal experiences. The work travels between real-time document of the past year’s experience of isolation, limitations and internal discovery, as well as generating continuous mechanisms of survival. The solo is an offering to question and feel the role self-empathy can play in our current landscape.

Yasmeen Godder Company has been deeply involved in the research project titled “Practicing Empathy” since 2019. Each outcome explores the notion of empathy through a variety of perspectives and approaches, looking at what opens us up emotionally. What makes us identify and connect with others, as well as with ourselves? And how can we create new practices, rituals, songs, and choreographies, which may open up our ability to take in complexities without fear and distrust?

Yasmeen Godder was born in Jerusalem and raised in New York City. Since 1999, she has been based in Israel and artistically directs her company. The Yasmeen Godder Company has been presented extensively in Israel and internationally in varying contexts: Lincoln Center Festival, HAU in Berlin, tanzhaus NRW, Montpellier Dance Festival, B-motion Festival in Bassano, Kunstenfestdesarts in Brussels, Sydney Opera House among others. Yasmeen is the recipient of numerous awards, including a 2001 “Bessie” Award, NY, The Israeli Ministry of Cultural Affairs prizes for choreographer and company, the Tel-Aviv Municipality's Rosenblum Prize, the Lottery's "Landau Prize'' and others. Since 2015 Godder has led the “Moving Communities'' project which includes weekly dance classes for people living with Parkinson’s disease, multi-generational performances, and international conferences.

A production of Yasmeen Godder Company and Künstlerhaus Mousonturm. A work commissioned by the festival Frankfurter Positionen 2021, an initiative of the BHFBank Foundation. Supported within the framework of the Alliance of International Production Houses by the Federal Government Commissioner for Culture and the Media