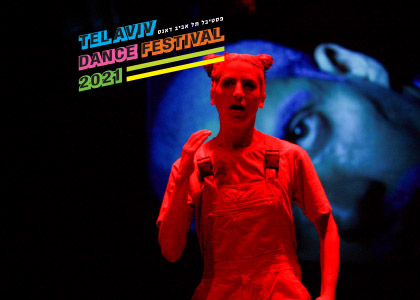 Two definitions, a fact and a sentence:

Definition number 1:  A loop is a programming technique used for flow control, it performs a routine numerous times, according to the code it uses and according to the programmer's command, hence its name: a loop that repeats itself.
Definition number 2:  A loop without a stop, or a pause in which it never exists is called an infinite loop, it can usually be formed due to a bug which often creates an error.
Fact: Software programming is based on the imagination of the human brain.
Sentence: ״Everyone thinks that playing a video game is fun and light, my point of view is that it really hurts. On the other hand, reality stands in front of us, which is an amusing fact" – Nissim Gutman

Eyal Dadon, a Be'er Sheva native, began his career as a dancer and choreographer in the Kibbutz Contemporary Dance Company. As a young choreographer, Dadon won the Yair Shapira Award for his contribution to the Israeli dance world; the 2015 Hanover Choreographer Competition, and 2016 Choreography Competition at Machol Shalem Dance House.  In 2016 Dadon founded the SOL Dance Company with the House of Dance Be’er Sheva Association where he serves as choreographer and artistic director. He continues to teach around the world while developing his practice with his company. Dadon is also a music producer, teaching and working with dance creators, directors, and producers from various fields.

SOL Dance Company was founded in the ancient Old City of Be'er Sheva in 2016 and is home to seven dynamic dancers. The work reaches the audience in an intimate and human manner. Even as a young company, SOL has become known in Israel and abroad. SOL is the house company of the House of Dance Be'er Sheva, where the team develops their dance language and approach to movement, society, music and life.