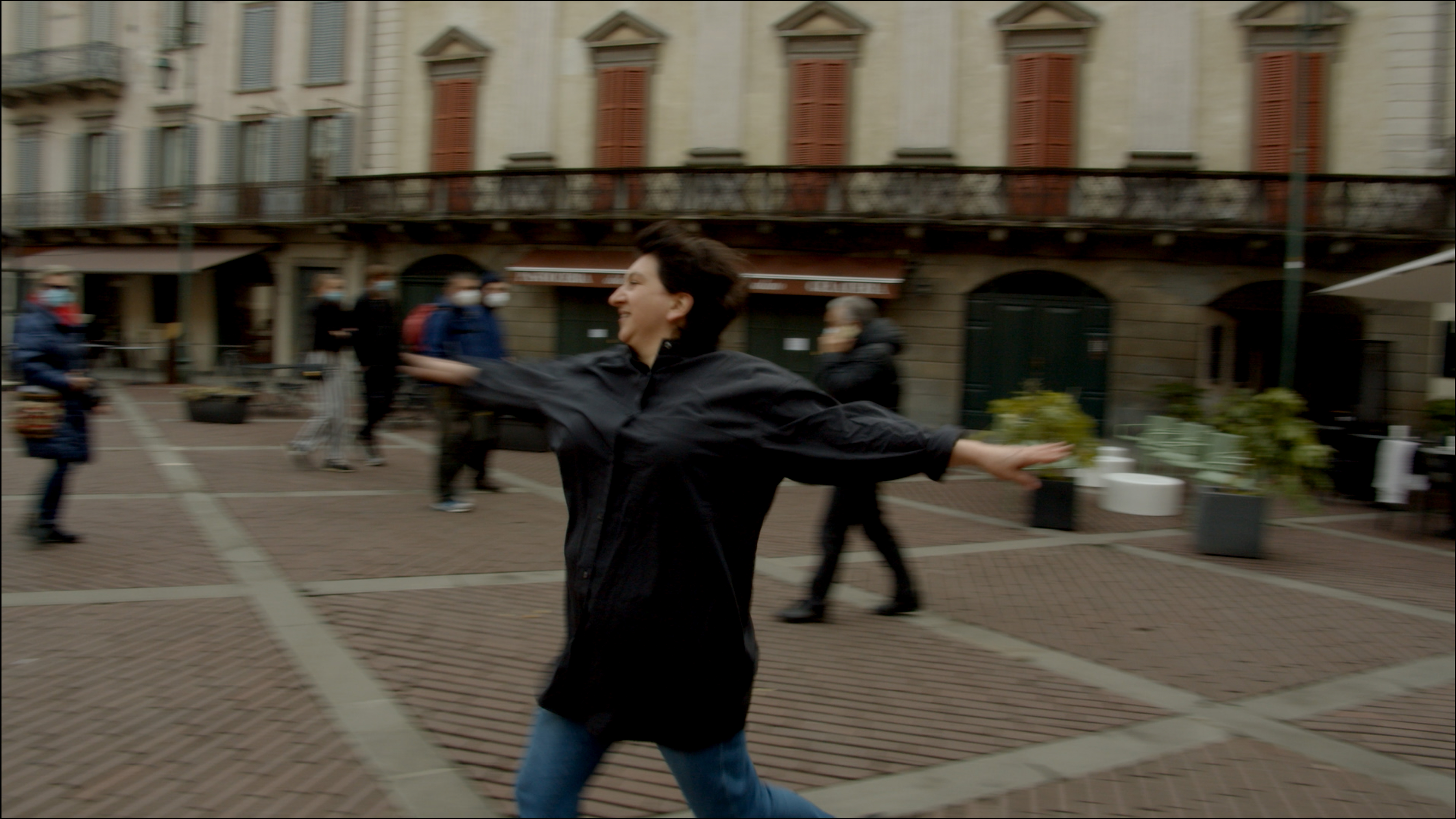 The workshop is an experience of the poetic dimension that Silvia Gribaudi reasearches between the vivacity and presence of the body, where the cathartic dimension of humor and play are embodied in the expression of the body and of the gesture in each person.

During the workshop there will be an exploration of the vital body that alternates the ability to have fun with equal attention to the movement technique. Through a proposal mixing contemporary dance training and clown, with a focus on the value of the fall, imperfection and mistake are considered as an expressive opportunity.

How to revitalize physicality with self-irony and the dynamism of dance and humor? How does dance bring the perception of the body and change in this playful atmosphere?

Silvia Gribaudi is an Italian choreographer who also specialises in performing arts in general.

Since 2004 she has focused her research on the social impact of bodies, having set at the centre of her choreographic language the comic element and the relationship between audience and performers.

She has taken part in several artistic research projects, including:

CHOREOROAM (2011), TRIPTYCH (2013), ACT YOUR AGE (2014) – an EU project about active ageing through the art of dance, which inspired the performance WHAT AGE ARE YOU ACTING?, as well as the community project OVER 60; PERFORMING GENDER (2015); CORPO LINKS CLUSTER (2019/2020), where the connection of dance, the mountains, and the mountain community gave life to the site specific project TREKKING COREOGRAFICO (choreographic trekking) and to the piece MONJOUR (2021), produced by Torinodanza Festival in collaboration with Teatro Stabile del Veneto and Brussels’s Les Halles de Schaerbeek.

In 2021 she has been a guest choreographer at “Danser Encore, 30 solos pour 30 danseurs”, a project for the Opéra de Lyon and in June 2023 her new production will be premiered: WHERE DOES A BALLET END? a coproduction by MM Contemporary Dance Company (IT), La Biennale de Lyon (FR), Théâtre de la Ville (FR), Torinodanza Festival (IT), International Dance Festival TANEC PRAHA (CZ), Zodiak – Side Step Festival (FIN) and the international network Big Pulse Dance Alliance.

Her shows have been featured in a number of national and international festivals and are the result of a creative process that focuses on dialogue and on the poetic encounter with other artists, dance companies, and communities.