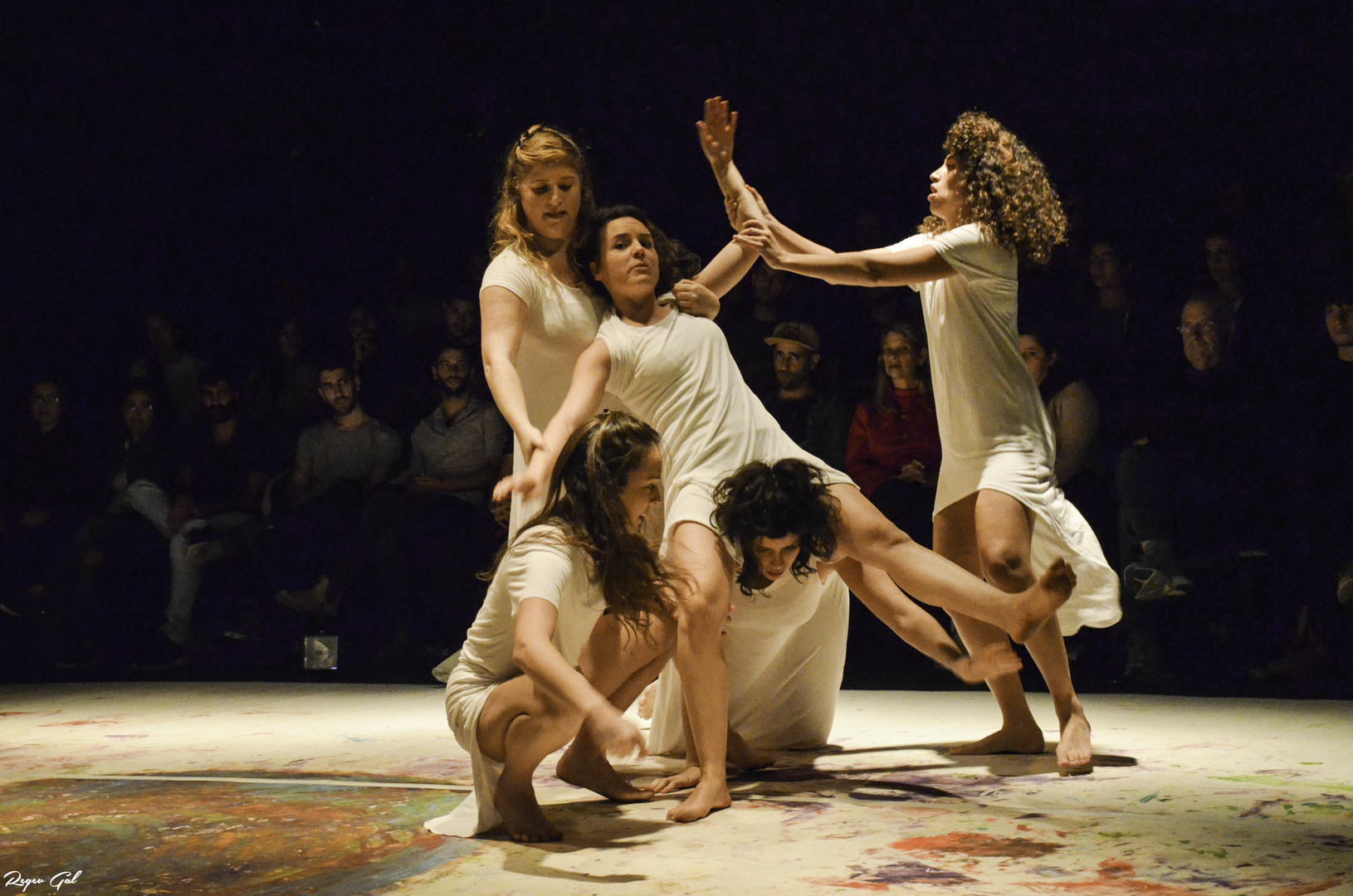 wolves on heel is a radical feminist performance, Inspired by the books, woman who run with the wolves by Clarissa Pinkola Estes and the myth of beauty by Naomi Wolf .

At first, they are ready to make the sacrifice of being a woman.

they try to take their place on the stage, worship beauty, cry for attention, and fight one another.

but with each experience they face they get closer physically and emotionally.

one by one they reveal their personal story on the stage. they are being drawned into each other stories, and together they conquer their own freedom.

during the show we are confronting our own personal and communal tragedies, that includes sacrificing and victimizing , appearance and beauty obsessions, Pain and fear from disappearing, The need to feel loved but to please, oppressed sexuality, that wants to be freed, And the feminine circle that which to its ceremonies and qualities we eager and desire.

the monologues were written step by step during the Creation process, each monolog represent a different theme, and express the story of each wolf.

A graduate of Seminar Ha'Kibbutzim School of Performing Arts majoring in ""Theater Directing and Teaching "".

Neta grew up in Haifa and studied at ""Leo Baeck"" high school, where she majored in Art and Literature.

Before her military service, she spent a year volunteering in a program called ""Cultural Movement – Communal groups for the Arts"", where she realized she wants to explore the connection between Art and society through informal education in the arts.

Over the years she has taken part in different artistic projects as a stage and costumes designer, writer and producer.

Alongside her artistic work, Neta leads a group for improvisation in movement, exploring the connection between the body and mind, and works for the city of Tel Aviv as a coordinator and producer of cultural events in southern neighborhoods Florentine and Shapira.

""Wolves – Running in Heels"" is her first work – an original performance inspired by ""The Beauty Myth"" by Naomi Wolf and ""Women Who Run with the Wolves"" by Clarissa Pinkola Estes."         "

PLEASE LIST YOUR PROGRAM CREDITS WITH THE TITLE OR ROLE (such as Choreography), FOLLOWED BY A COLON (:)FOLLOWED BY THE NAME. SEE EXAMPLE BELOW: