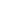 Think of a human touch you recently experienced.
How does it feel?
Which memories pop up while thinking of it?
Presencia is a duet which deals with touch and lack of human touch. It explores softness and care of one person to the other, and travels through the memories and imaginations that are attached to such experiences. Presencia is a continuation of a previous research made by May Zarhy in 2021, which produced a short solo for the dancer Ariel Gelbart called Ausencia. Ausencia was presented in Suzanne Dellal in Tel Aviv Dance Festival 2021.

May Zarhy is a Tel Aviv and Berlin based choreographer. She is the artistic director of the post-graduate choreography program in Kelim center Israel. A graduate of the Rotterdam Dance Academy (2006) and the choreography program ex.e.r.ce directed by Xavier Le Roy and Mathilde Monnier in Montpellier, France (2007). During her studies, she worked as William Forsythe’s assistant at the Forsythe Company (2005). Zarhy is a founding member of ‘Mamaza’ collective together with Ioannis Mandafounis and Fabrice Mazliah, the trio was active between 2009-2014 in Germany and Switzerland. Since 2014, Zarhy has been working independently, creating stage pieces as well as participatory works in the public sphere. In her works she is drawn to the intersection of choreography, performance, and sound art. Next to her own work, Zarhy works as a dramaturg and rehearsal director for fellow artists, such as: Adi Boutrous, Uri Shafir and more.

Supported by:
Fonds Darstellende Künste with funds from the Federal Government Commissioner for Culture and Media within the program NEUSTART KULTUR
Mifal Hapais
Rabinovich Foundation for the Arts, Tel Aviv
Katamon
Thanks to: Ariel Gelbart, Adi Nachman, Moran Muller