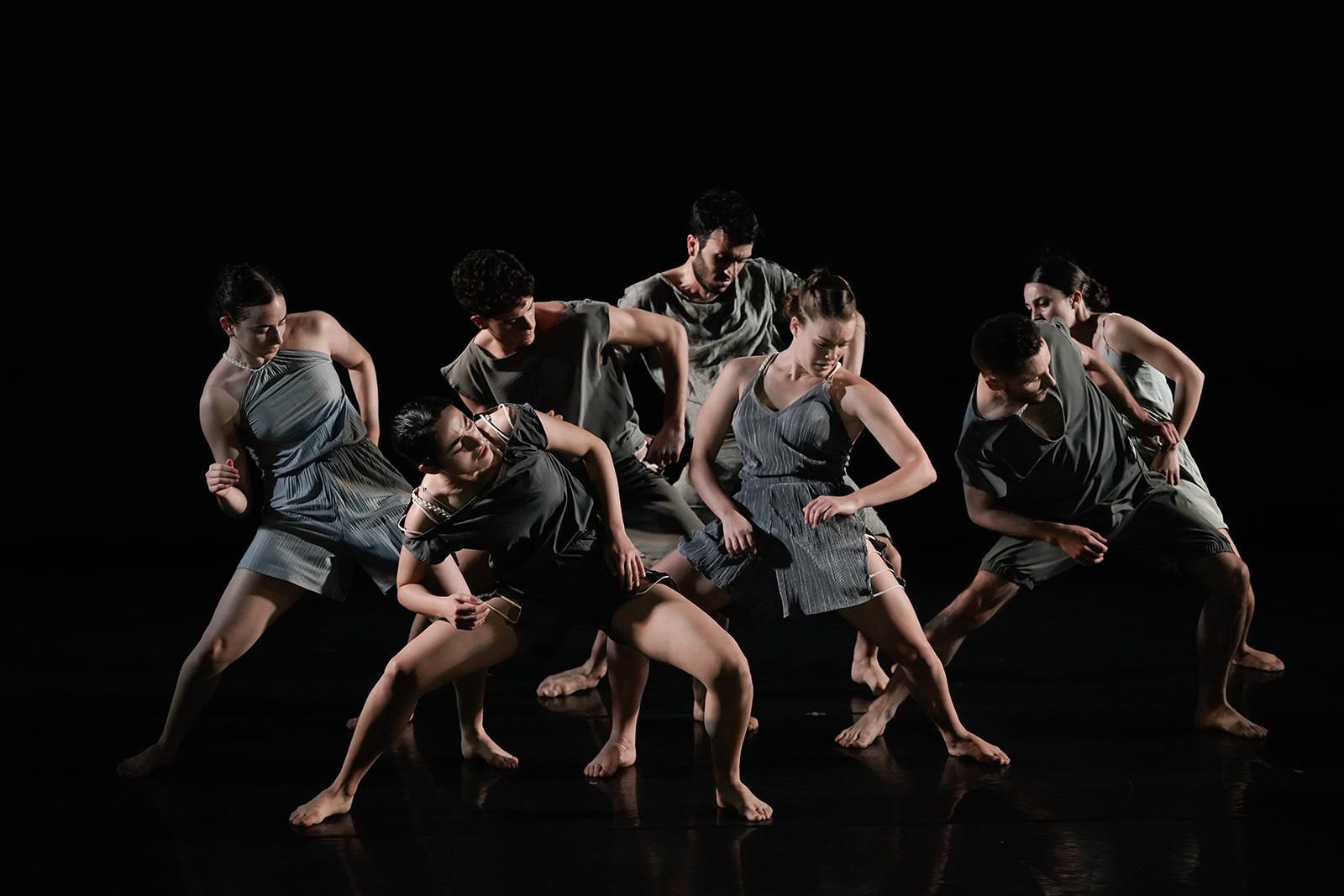 An evening of repertoire works by two Israeli Choreographers in a world premiere.

The evening explores two unique but very different perspectives on human nature and its strengths and abilities and directly addresses our uniqueness as individuals and artists in difficult times. Movement, sound, body, humor, pain and beauty are the prominent elements of this evening.

Adi Salant's ON is her first work for an Israeli dance troupe, after creating works for theaters and various troupes around the world. Adi, who served for about five years as the co-artistic director of the Batsheva dance company, created ON from a very personal place in the shadow of severe tragedy and loss, inspired by the gap between the edges: excitement, live feeling, creativity, pleasure, along with fragility, finality, pain and sadness.

Kapow The work of Eyal Dadon, who is considered one of the most intriguing and respected artists in the dance scene in Israel and around the world. ""Kapow"" explores our strengths and weaknesses as human beings, while building the path to personal empowerment with the help of the ""superpowers"" we have.

The Fresco Dance Company first preformence on stage as an independent dance group was in 2002, the company founded by Yoram Karmi and was a member of the Choreographers Association, which included independent artists in the field of dance. Since its inception until today, the company has grown and is now considered one of the most prominent company in the field of modern dance in Israel and operates out for dance and culture that she established in the Neve Sha'anan neighborhood in the south of the cell.

Fresco Dance Company aims to promote and expose the art of dance to a diverse range of audiences and students, to work for education for diversity in the cultural discourse in Israel and to work for the promotion and exposure of Israeli art in Israel and around the world.

The company's repertoire consists of the works of Yoram Karmi, the artistic director and main creator, and the works of guest choreographers."         "ניהול אמנותי: יורם כרמי