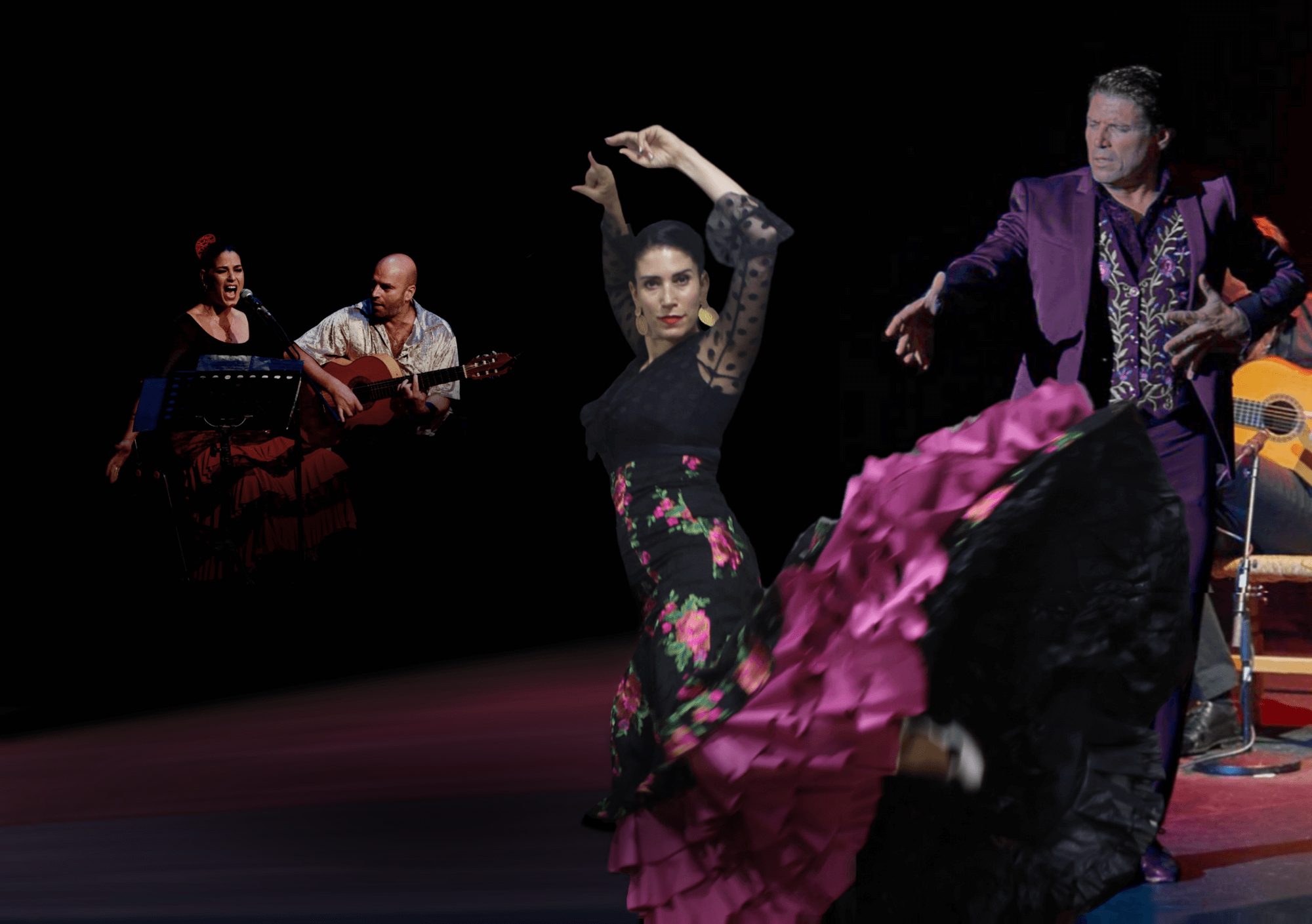 The Soniquete flamenco ensemble was established by Adi Davidovich, a dancer and choreographer who runs alongside a flamenco school in Tel Aviv (Adi Davidovich flamenco center).
The ensemble puts on original shows, sometimes in collaboration with Spanish artists and performs at festivals and events around the country. In the show “Alma Flamenca” the ensemble will host for the first time in Israel the Dancer and Coreographer Juan Polvillo from Sevilla. Throughout his long and impressive career, Juan had danced in multiple countries and for personalities such as king Hussein from Jordan, king Hassan of Morocco, the former president of the U.S George Bush, the King and Quine of Spain, and Pope John Paul the second. He has also taken part in movies such as “Sevillanas”by Carlos Saura and “Montoya y Tarantos”. Juan will bring with him to Tel Aviv art, passion, history and the elegant style of Seville that bursts from the soul and penetrates the soul.

Adi Davidovich A dancer and choreographer who runs her own ensemble alongside a studio in Tlv.
Adi has participated in various flamenco productions such as the Guitar Festival, Carmiel Festival, Maholohat Festival, Danza Espana Festival, flamenco events at Suzanne Dellal center and the opera Carmen.
Adi studied in Israel and spain with well-known flamenco maestros.