.There is an obligation to wear masks in the central halls 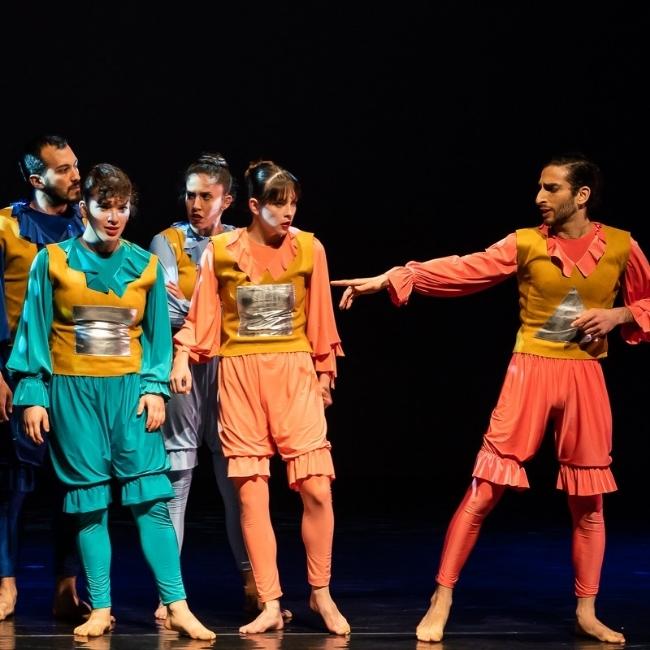 The show “Amorphia Against the Shapes” deepens the acquaintance of children with basic geometric shapes through a sensitive and humorous story.

The plot deals with a conflict that erupts between amorphia, formlessly defined: a triangle, a square and a circle that mocked amorphia due to her variance. Amorphia felt humiliated and rejected and in a fit of rage sought to avenge the forms and exterminate them from the world. Dr. Naim, who is an expert mediator, manages to resolve the controversy between all the characters in the story with the help of a number of educational messages he conveys to them. The show is an original educational and interactive show that seeks to teach children to avoid abusive statements in a way that they will learn to put themselves in a place of the other. The piece shows how violent conflict depletes emotional resources and therefore verbal communication is the desired way to articulate and process unpleasant emotions. In addition self-acceptance is an important step for the acceptance of the other and for having a place for everyone in the world. Finally, what is attributed to someone as an insult can be perceived by another as an advantage

The Jerusalem Dance Theater Company was founded in 1985 by dancer and choreographer Tamara Mialnik who undertook to perform dance creations on subjects with educational message and values related to heritage and Judaism as well as to the international repertoire. In 2017, creator and dancer Eyal Nahum was appointed and serves until today as artistic director of the Company. Eyal Nahum danced in a number of prominent Companies in Israel and around the world and created in various and well-known settings there. The Jerusalem Dance Theater is a repertoire dance company that strives to combine the creations of contemporary artists from Israel and the world who have unique style and sayings with the aim of initiating cultural personal dialog and bringing together different audiences. The Company is recognized as an institution for the dissemination of dance art and meets high artistic criteria such as those of the National Culture Basket Committee for Children and Youth,and gets impressive reviews by dance critics, and participates in well-known festivals in Israel and around the world